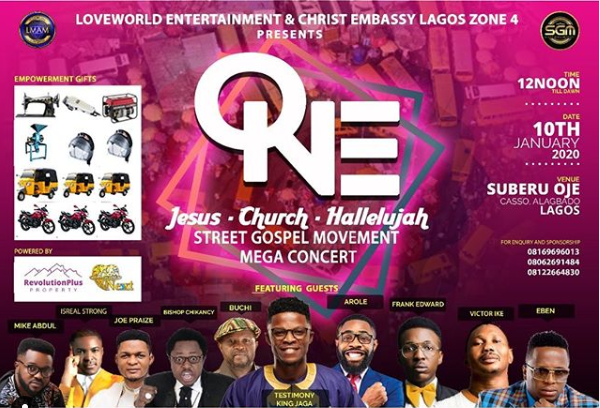 56 Souls Won, Muslim Converts to Christianity and many more Testimonies at the Street Gospel Movement Mega Concert By Testimony Jaga!

Testimony Jaga is rising swiftly to being the model of modern street gospel success. Little wonder he is known as the King of Street Gospel Movement, coincidentally a name he chose and calls his own record label that has seen him pick up talents from the street and turn them into masterpieces.

Indeed he is refining and reshaping the world, one youth a time by transforming their dirt into a silver lining.

His recently held Street Gospel Movement Mega Concert was a delight for music fans and lovers.

In the past, Music festivals have had a bad reputation to the neighborhood, in terms of noise and security risks due to the caliber of people it attracts. Things have changed significantly with the influence of gospel artists using the platform to minister and evangelize.

Thousands have been led to Christ and miracles have been recorded since these gospel artists took their footprints to the street.

TheMega concert was heralded as a huge success, bringing together the best of legendary gospel artists comprising of Eben, Buchi, Frank Edwards, Agent Snypa, Woli Arole and many others, and even secular artist, like Small Doctor, the surprise of the show.

The event saw popular Nigerian singer Small Doctor popularly referred to as Omo Better take the stage. At such a young age, Small Doctor is living out his dreams and creating his own music with a perspective like none other. He is using his influence to turn a negative into a positive, using his style of music as an asset, he is setting himself apart from other recording artists.

Although Small Doctor is a secular artist, this is not the first time we have seen such duo and collaboration in the past between Gospel and secular artists. We have seen former Capital Hill artist and Miss Kedike, Chidinma ministering alongside the Xtreme Crew at Tim Godfrey’s Fearless Concert.

Social media commentators have been quick to voice skepticism as to whether it was proper for a secular artist to be involved, but other activities that happened proved God indeed does not mind as he sees all as his children irrespective of their genre.

56 souls were reached and won for the kingdom of God and even a Muslim woman was converted from Islam to Christianity during the ministration of Dr. Ken Woghiren, husband of Evangelist Kathy Woghiren, Director of LMAM (Love World Music and Arts Ministry). 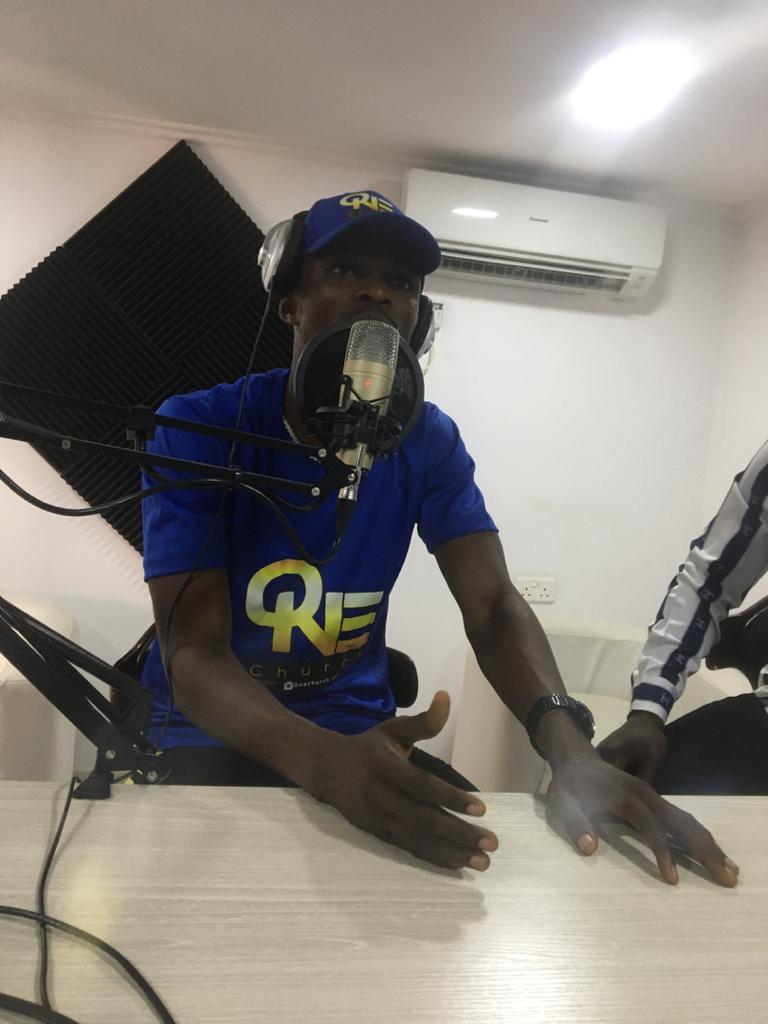 All Gospel Roads Lead To the Number one radio studio, The CeFlix Tunes Non-stop Music Channel as Testimony kicks off the decade with the very first live session with Quiz Da great.

History is being made right here as Testimony Jaga earned the unique honor of being the musician to open the CeFlix Tunes Non-stop music channel first live session of the decade.

Ironically, Testimony was also the first artist to grace the ultra modern Christian studio last year and he is back stronger to open the door of 2020 for CeFlix Tunes Non-stop Music channel

During their 30-minute conversation, Mr Jaga and Quiz Da Great discussed a wide range of topics including what inspires him to make his songs, and how spirituality and church music influence his work. He also discussed some success tips for his fans and listeners and how his faith has brought him to where he is right now.

It was such an energetic time in the Non-stop music channel as is always the case with Mr Jaga. He has the ability to transfer his energy into everyone he ministers to and today was no exception as he started off his live session with his Music “Jesus!”

It was a great time with the show’s host, Quiz da great and the ever blazing DJ ME as the phones kept ringing due to the numerous calls, chats and SMS’es coming in. Everyone wanted a piece of Testimony Jaga!

Thousands of listeners within and outside Nigeria and Lagos wanted a testimony and the multiple award winning superstar encouraged and blessed his listeners with sound words to help them start the year fresh.

He talked about beginning the year on a spiritual note, a principle which has always worked for him. Firstly, he starts the year prayerfully and spiritually, next he allows God’s spirit to guide and lead him in making his music even to the point of which studio to go to in order to make his music, and also he ensures his life revolves around the principle of Jesus, and because he believes in helping people, he ensures he picks out people to bless just as he has been blessed as well.

He shared his personal story online about how the word of God actually works when we put it to test prayerfully and with faith led actions. He recounted how he made a plan to fast for 32 days and kept at it until he fasted to the point where he collapsed, and even after he was revived, he continued fasting till he reached his goals and few months later, he got a brand new car!

Find pictures of this historic moment below: 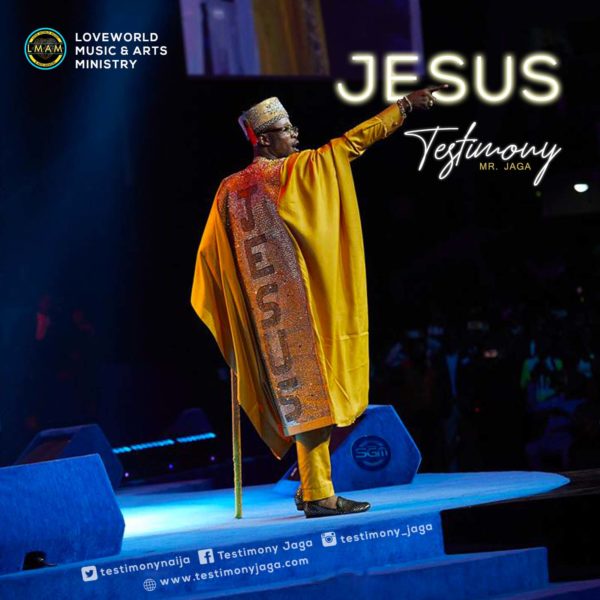 Testimony is unapologetically himself and that’s what makes his music so relatable.

Straight from his stellar performance at the just concluded LIMA Awards 2019 where he dazzled the multitudes with the song, “Jesus” which saw everyone including the President of LoveWorld, Reverend (Dr.) Chris Oyakhilome up on their feet and worship in tears with the ministration.

“Jesus,” is a worship song that describes the power and glorious characteristics of the name of Jesus and the hope in the greatest name of all time. It’s a song that glorifies God and demonstrates his unconditional love by communicating this timeless truth in a timely, warm and comforting way, bringing joy, love, and peace to all who listen to it.

Seldom has any gospel artist performed as radical as Testimony, and to see him performing a worship song with the same energy he uses in his signature style is simply phenomenal.

Born Saliu Aliyu Olaiwola in Ogun State, from Remo North, Mr Jaga comes from a Muslim polygamous family and gave his life to Christ when he fell in love with Music while living with his Christian headmistress in Lagos State, where he has lived most of his life.

The artist has released a number of hits that have been very well received. Among them are” Gone for Life and Jehovah Doer.”

Want more music and celebrity trending news? Follow CeFlix Tunes on Facebook and Instagram. And download the CeFlix Tunes app here as you tune in to the Non-stop music channel for a healthy dose of sound celebration.