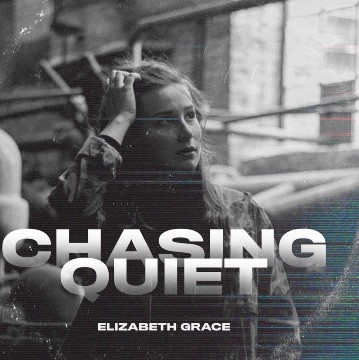 Pop artist Elizabeth Grace, is once again gaining strong support at Christian radio with her new single, “Chasing Quiet.” The song has rapidly reached No. 25 on Billboard’s Christian Hot AC/CHR chart, and No. 30 on the Hot Chart. The tune debuted on the Billboard charts at No. 28, and quickly became the No. 1 most added for two consecutive weeks.

The song has garnered 70% of the Billboard Christian Hot AC / CHR stations who have already committed to airplay, which includes KZTH/Oklahoma City, Okla., WBHY/Mobile, Ala., WYPH/Hartford, Conn., KPUL/Des Moines, Iowa, WLCQ/Springfield, Maine. Chris Chicago at NGEN Radio in Houston, Texas is a big supporter of the song by saying, “Chasing Quiet’ is exactly where mainstream pop is right now.

It’s so refreshing to have an artist like Elizabeth Grace in our space.”

Grace and Jonathan Gamble co-wrote “Chasing Quiet” that was produced by Justin Amundrud, and the song will be available for public purchase on May 15.

The single is the follow up to the incredibly successful Billboard Christian Hot AC/CHR No. 3 hit, “Like Myself.” Besides ranking in the Top 5, “Like Myself” remained at No. 1 for seven weeks on the Hot CHR chart.

“I wrote ‘Chasing Quiet’ during a time where I felt I was being pulled in a thousand different directions and was constantly being influenced by the thoughts and opinions of others rather than listen to the voice of God,” said Grace. “My hope for this song is that the listener will hear it and be inspired to continue chasing after God’s voice, rather than trying to mold themselves to what others say they should be.

Grace is in the process of booking an upcoming school tour in the fall, which will be in conjunction with the release of her debut album on Dream Records at the same time. 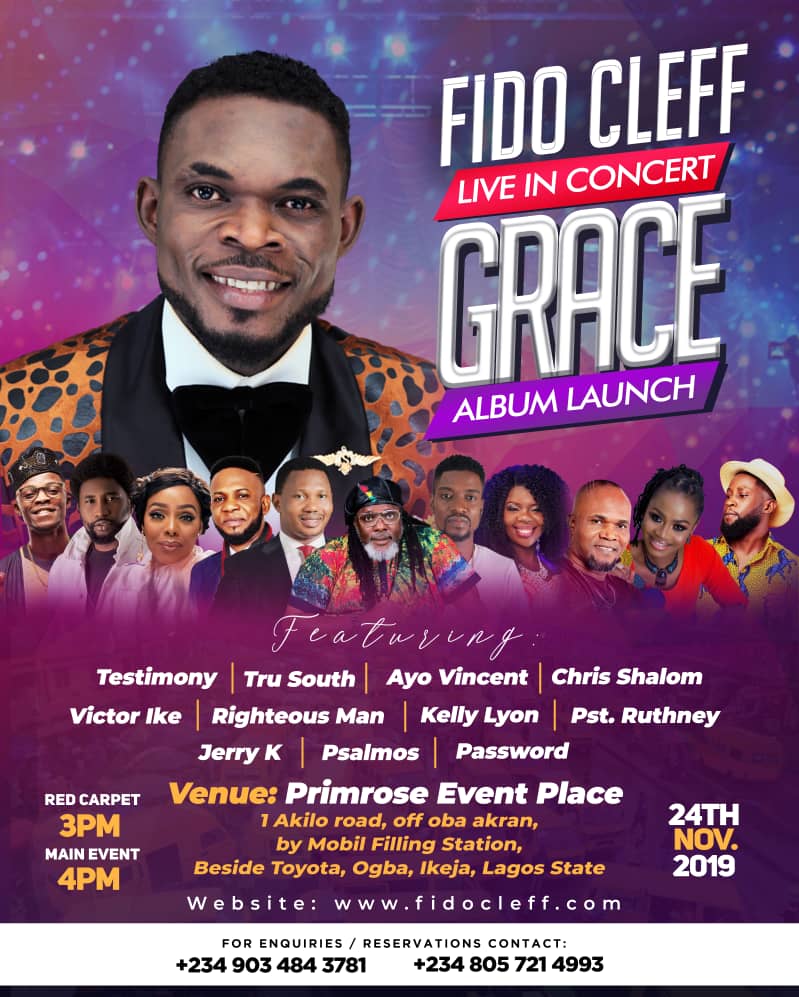 If you are looking for a place to be this November then you gotta strap in, sit tight and dive deep into Fido Cleff’s epic album launch and live-In concert featuring top guns in the gospel industry like Ayo Vincent, Testimony Jaga, Chris Shalom, Tru South, Password, Kelly Lyon and a host of other big names in the gospel musical ecosystem.

Prepare to be star-struck and stargazed With Fido Cleff gearing up to release his album, “Grace” on Sunday (Nov. 24), the concert schedule has been in full force as Several events are taking place surrounding the launch of the album, including live streams, live shows, red carpet, live interviews, and other exciting appearances and surprises for everyone.

Trust me, You don’t wanna miss out on this!

Fans can check out the entire planned and upcoming activities on the CeFlix Tunes website, link below or Fido Cleff’s website www.fidocleff.com.

FIDO CLEFF is a Nigerian gospel artist, songwriter, worshipper, music minister, praise and worship leader, who has graciously won the heart of many with his melodious songs and heart touching lyrics.

He is the President of The Enthroned World Empire.

Want more music and celebrity trending news? Follow CeFlix Tunes on Facebook and Instagram. Don’t forget to download the CeFlix Tunes app here as you tune in to the Non-stop music channel for a healthy dose of sound celebration.