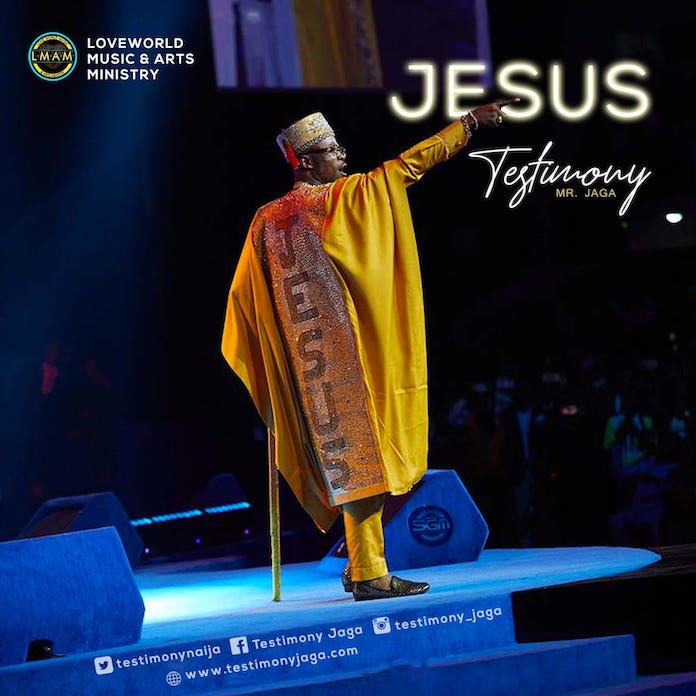 Testimony Jaga Moves Thousands to Tears as he inspires Testimonies!

Testimony Jaga, known for his Highlife and Fuji-Pop style of music, has been hailed as a powerhouse and talented musical genius since breaking into the music industry.

He is constantly topping the charts with his songs, and his secret weapon is Jesus and his army of talented crew.

The Gospel music industry can thank Mr Jaga for bringing street vibes to the mainstream.

Bagging the “Artist of the Year,” “Best Song of the Year” and “Hit Song Of The Year” (protostar category) at the just concluded LIMA 2019, It was a remarkable moment as the gone for life crooner and members of the Testifiers Band and his full Street Gospel Movement team took the stage to receive the prize award from the President of LoveWorld Inc. Reverend (Dr.) Chris Oyakhilome.

It was so inspiring to see Mr Jaga in his element commanding so much anointing and power during the ministration of his new hit “Jesus” due to popular demand.

The atmosphere in the hall was electrifying to say the least. The entire hall was super charged with everyone up on their feet, eyes closed and hands lifted in worship.

Even the President of LoveWorld Inc, Reverend (Dr.) Chris Oyakhilome was not left out as he could be seen worshipping and praising God in the spirit.

His ministration was so powerful, hundreds and thousands were moved to tears.

Testimony indeed is living up to his name, now hundreds of mind-blowing, inspiring testimonies are springing up and out from his music ministration, “Jesus.”

So many people are coming out to testify about how Jesus touched them and now they have received Jesus as their Lord and personal savior.

Christian music has become more acceptable by mainstream audience mostly because of the positive message it conveys and the source it draws inspiration from, the word! and Testimony Jaga is one man who understands the language of energy better than most and abides strictly by the word.