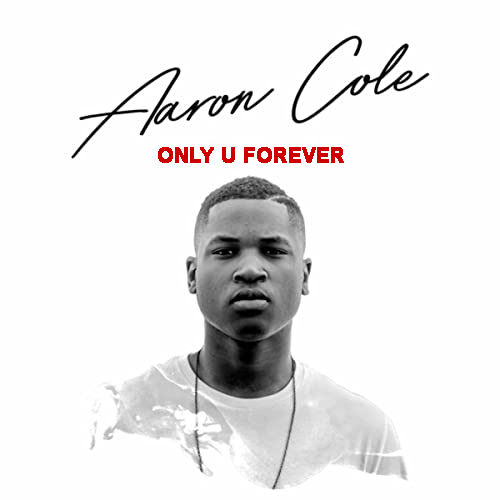 Aaron Cole – Only U Forever

This dual single includes his first radio single, “Only U” since being named the Dove Awards’ coveted New Artist of the Year. Prior to that, Cole garnered back-to-back #1 singles on the Billboard Christian HOT AC/CHR chart and has had multiple syncs uses including promos for ESPN and Fox Sports. His songs have also been featured in the Netflix original series, “On My Block” among other prominent sync placements.

“These songs just represent where my heart is at in this season,” Cole said. “I am grateful for God—knowing who He is and allowing Him to do the things that only He can do in my life.”

“Only U” features fellow Gotee artist, Terrian, who has also had acclaimed radio success and is a member of TobyMac’s Diverse City Band. “Only U” will be impacting radio on May 22 with an edit that was crafted in part by Toby McKeehan himself. Continuing their partnership, both songs on the dual single—“Only U” and “Forever Grateful” were produced by Cole Walowac, former Capital Kings artist and producer of NF’s latest album, The Search.

Stream and watch below:

It's perfect time to make a few plans for the future and it is time to be happy. I've read this submit and if I could I wish to suggest you few attention-grabbing issues or advice. Maybe you could write subsequent articles relating to this article. I desire to read even more issues about it!
Reply

What a material of un-ambiguity and preserveness of valuable knowledge concerning unexpected feelings.
Reply

all the time i used to read smaller articles or reviews that as well clear their motive, and that is also happening with this paragraph which I am reading now.
Reply

Pretty section of content. I just stumbled upon your blog and in accession capital to assert that I get in fact enjoyed account your blog posts. Anyway I'll be subscribing to your feeds and even I achievement you access consistently rapidly.
Reply

Hey There. I found your blog using msn. This is a really well written article. I'll make sure to bookmark it and return to read more of your useful info. Thanks for the post. I'll certainly return.
Reply