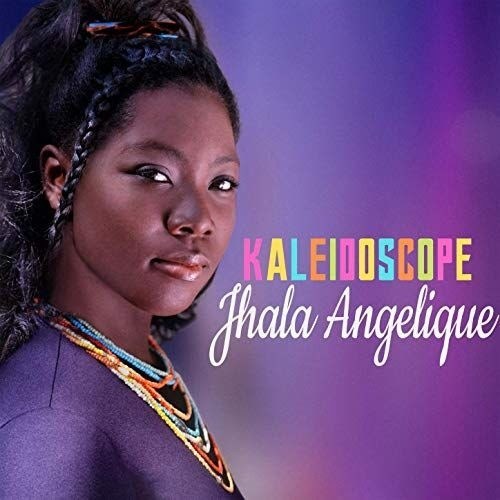 “I was born to sing and I love to sing,” Declares the young, beautiful and talented 12 years old Jhala Angelique! “From the very first time I heard “Kaleidoscope,” I knew it was the perfect song to introduce me and my message to the world. It speaks of who we all are…on the inside.”

Her energy rubs off on you immediately and you can’t help but be inspired by the beautiful activist, actress, author, and now singer.

Jhala has taken the music industry by storm with her new single titled “Kaleidoscope” making a bold statement with her dazzling debut which positively promotes the importance of having a strong impenetrably self-image, and recognizing the beauty that we all have within us.

The winner of Los Angeles’ acclaimed and celebrated “A Taste of Soul” and “StarQuest” singing competitions, Jhala, is the future and hope in a generation where youngsters are constantly bullied, wrongly influenced and misunderstood.

She acts as a voice of change, not just an object for superstardom, but a catalyst for positive change in the hearts and minds of her generation.  She is moving forward with the launch of her music career, filled with one of the most dynamically enriching and empowering message to encourage and transform with “Kaleidoscope.”

“Kaleidoscope’ really encouraged me and lifted my spirit the first day I heard it,” Jhala concludes. “I was so excited, I felt like running and jumping over the moon! I am looking forward to carrying that message around the globe to encourage people – near and far.”

Jhala has been singing since the age of 2 and was encouraged by a family that believes in music, including her mother, two sisters, and a brother, Jhala names her major musical influences as a combination of urban Gospel stars Tamala Mann, Tasha Cobbs, and Fred Hammond plus Soul-Pop icons Whitney Houston and Michael Jackson.

Jhala (pronounced Jay-lah’ and meaning “God is with you” is indeed a force to be recognized and reckoned with, and her inspiration comes from her resolve to stop and eradicate the bullying culture that has plagued her country, being a victim herself from her second grade in school. She understands firsthand the dangers victim’s face and the results of this dreadful menace eating deep into the fabrics of the education institution and global culture. After hearing about kids committing suicide due to being bullied, she decided to fight back with her voice and started her anti-bullying campaign on YouTube to encourage her peers to unite and stand up to bullying!

Jhala is currently in the midst of completing her debut EP centered around her awe-inspiring debut single, “Kaleidoscope.” Her song is now available for streaming and downloads on all digital outlets.

Thank you for your feedback. We will take your suggestion into consideration. Don't forget to subscribe to the available premium plans for the best services and always feel free to send us your honest reviews and feedbacks. Kind regards.
Reply

Τhanks designed for sharing such a good thought, pieϲe off writing is good, thatѕ why i have read it full
Reply

Thank you very much.
Reply